A downloadable Twine for Windows, macOS, and Linux

Valens weaves between moments of pure sexuality and raw self-doubt with the expertise of one who’s been there before, one who swims in the waters of self-esteem struggles. [...] Blood Pact is more than just a sexy fantasy: it’s a sexy fantasy where you are wanted. You are loved. You are enough. — Kate Gray

Blood Pact is a wonderful, sexy merger of some spectacular and evocative artwork and writing. Shameless and raw but fantastical and darkly comforting. Three thumbs up. — ThirtyHelens

Blood Pact is an arousing and moving story, exploring an occult version of the sexual fantasy so many trans folks and survivors of trauma hold close to their heart: fucking without fear or self-judgment. If you've ever desperately wished you could just get out of your head and enjoy sex, you may want to summon a demon after reading this. — Alex Dalbey

Blood Pact is a queer erotica Twine series about a trans girl named Alexa who accidentally unleashes Felanya, a domineering trans succubus. The story follows their exploits as Alexa enters into a D/s relationship with Felanya and embraces their sapphic occult Blood Pact.

Blood Pact Premium Edition includes Nikatine's new narration from the December 2019 free update, three new illustrations, and all artwork colored by Callie. Enjoy Blood Pact the way it was envisioned. Downloads also include bonus high resolution images for all in-game art from both the premium and free Blood Pact releases.

Starting price for Blood Pact Premium Edition is $15, with a suggested donation of $25. 15% of all proceeds will go directly to SWOP Brooklyn's Emergency COVID Relief GoFundMe campaign for sex workers. Special thanks to Nikatine, who has generously offered her royalties as a charitable donation (over $200 was previously raised for the Transgender Law Center).

Interested in hearing Nikatine's reading ahead of time? Head over to Blood Pact's original release or download it from the demo section on this page.

Blood Pact was written and programmed by Ana Valens. Valens is a trans fiction writer known for her chapbook Bell, “1 AM” from the Lambda Literary-nominated collection The Resilience Anthology, and the trans erotica Twine Little Death. She also works as an adult content reporter for the Daily Dot, with work published in Vice, Rolling Stone’s Glixel, and GameDaily.biz. She is based in Brooklyn, New York.

The game’s illustrations were created by Callie G., who previously worked on Bell with Valens. She is an illustrator who has contributed work to a variety of projects. She is also the proprietress of Postcard Paradise. You can see her recent work or get in touch with her via Twitter.

Narration is courtesy of Nikatine. She is a full-time content creator, founder of Transmission Gaming, and a member of Twitch's Ambassadors program. When she's not lending her voice to audiobooks, she's portraying characters in various roleplay scenarios on her Twitch stream. You can check out her content on Twitter, Facebook, and Instagram.

Note: The best way to enjoy Blood Pact Premium Edition is through the index.html file: this is the most stable version. The EXE is provided as a courtesy for Windows players who would rather jump straight into the fun without opening a browser. It is experimental. You may stumble across bugs, stability issues, or other errors. Feel free to leave a comment or contact Ana over email with any bug reports.

To use: run "Blood Pact Plus.exe" in the Windows directory. All save features should work as intended. The main menu features a "Quit" option which will close the game window immediately. If you wish to stop the game mid-story, press Alt + F4 to close the app.

In order to download this Twine you must purchase it at or above the minimum price of $15 USD. You will get access to the following files: 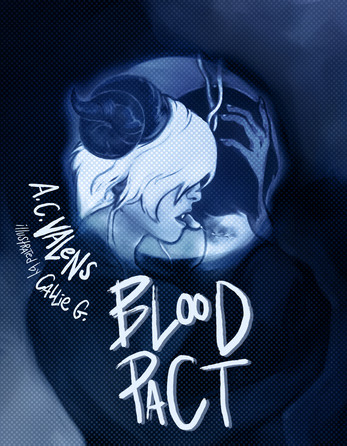 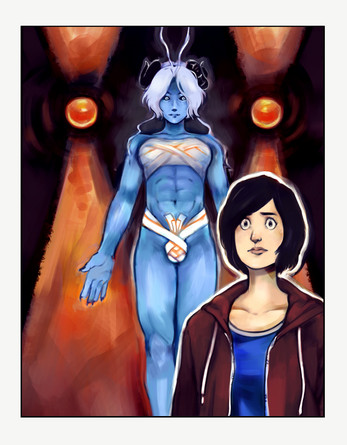 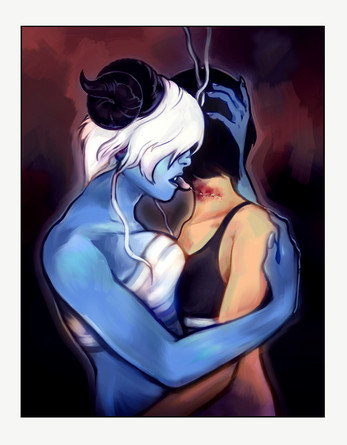 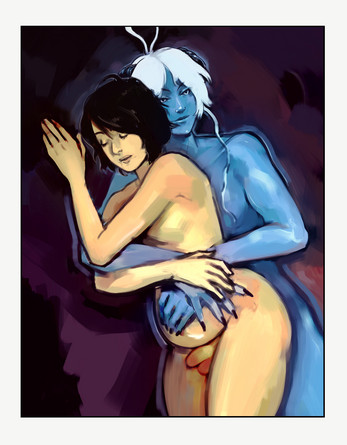