NEW: An experimental executable version for Windows is now available for download! Scroll to the bottom for more information.

Valens weaves between moments of pure sexuality and raw self-doubt with the expertise of one who’s been there before, one who swims in the waters of self-esteem struggles. [...] Blood Pact is more than just a sexy fantasy: it’s a sexy fantasy where you are wanted. You are loved. You are enough. — Kate Gray

Blood Pact is a wonderful, sexy merger of some spectacular and evocative artwork and writing. Shameless and raw but fantastical and darkly comforting. Three thumbs up. — ThirtyHelens

Blood Pact is an arousing and moving story, exploring an occult version of the sexual fantasy so many trans folks and survivors of trauma hold close to their heart: fucking without fear or self-judgment. If you've ever desperately wished you could just get out of your head and enjoy sex, you may want to summon a demon after reading this. — Alex Dalbey

Blood Pact is a queer erotica Twine series about a trans girl named Alexa who accidentally unleashes Felanya, a domineering trans succubus. The story follows their exploits as Alexa enters into a D/s relationship with Felanya and embraces their sapphic occult Blood Pact.

Blood Pact was written and programmed by Ana Valens. Valens is a trans fiction writer known for her chapbook Bell, “1 AM” from the Lambda Literary-nominated collection The Resilience Anthology, and the trans erotica Twine Little Death. She also works as an adult content reporter for the Daily Dot, with work published in Vice, Rolling Stone’s Glixel, and GameDaily.biz. She is based in Brooklyn, New York.

The game’s illustrations were created by Callie G., who previously worked on Bell with Valens. She is an illustrator who has contributed work to a variety of projects. She is also the proprietress of Postcard Paradise. You can see her recent work or get in touch with her via Twitter.

Narration is courtesy of Nikatine. She is a full-time content creator, founder of Transmission Gaming, and a member of Twitch's Ambassadors program. When she's not lending her voice to audiobooks, she's portraying characters in various roleplay scenarios on her Twitch stream. You can check out her content on Twitter, Facebook, and Instagram.

The EXE build is only available for Windows and has not been tested with any compatibility layers. It is experimental and not intended as a final version. You may stumble across bugs, stability issues, or other errors. Feel free to leave a comment below or contact Ana over email with any bug reports.

To use: run "Blood Pact v2.0.exe" in the Windows directory. All save features should work as intended. The main menu features a "Quit" option which will close the game window immediately. If you wish to stop the game mid-story, press Alt + F4 to close the app.

I downloaded the blood pact v2 exe and it doesn't seem to want to start for me. Am I missing something to get it to startup?

Hey there! Sorry to hear you’re having trouble. What’s your OS and user account? Did you try running as administrator?

Trying to play, but only get fatal errors (but i get these for all in browser games nowadays). Would be nice to have the opportunity to download the file and run it local.

Hi Harlekin! Which browser are you using? I know TOR and Brave have issues with playing Twine games. In the meantime, I have an experimental .exe build I could send to you -- let me know the best way to reach you, and I'll do just that.

I use firefox with quite some plugins (just to name a few: noscript, facebook container, blur, disconnect, cookie autodelete, duckduckgo privacy essentials). I know some sites require offsite scripts which i block (especially everything i can link to google or facebook) what may make some sites quite unusable (i don't miss them though), others use cookies which get deleted the second i leave the domain (or not even be created when it gets identified as tracking cookie) and there are other potential problems.

Not many suggestions on how to improve this, other than to maybe add page numbers to keep track of one's progress through the story. But anyhow, this was a deliciously delightful story, and I can't wait to see more from you!

I created a throwaway account just to post here. I got here because your story was showcased in Kotaku by Kate Gray:

Also, if it matters, I am a married white straight male.

The setup in the library, getting me to know Alexa's character, is well done. It was cut a little short, and I wanted to know more about her, with more flavor about her personality. She almost passes as a generic character (maybe that was the intention, to make her a placeholder for the reader to project herself). But considering that knowing Alexa intimately was not the focus of the story, the setup didn't overstay its welcome and left me wanting for more, which is always a good sign.

On the other hand, the basement scene in the dark felt a little too rushed and didn't create enough engagement. It was Alexa entering the unknown, but it failed to build the feelings of fear, wonder and anxiety in the reader. Also, Emily is mentioned but is never reincorporated in the story (e.g.: Alexa realizing that the memory of Emily is slowly fading in the end), so it feels like a loose end. There are moments that the rule of "show, don't tell" is broken, that could've been better explored to increase the tension. An example is: "Alexa wondered if she had lost her sight. But she hadn’t."

Anyhow, it's the scenes with the goddess and the sex that really shine. They are very well written and got me really engaged! Every flavor missing from Alexa's personality is presented with gusto in Felanya. Her character being able to flow naturally from a jerk dom to a caring lover and back, while always displaying confidence and alphaness, was remarkably well transmitted. The intense contrast of Felanya and Alexa's personalities being portrayed, while at the same time they both identified with each other similarities, was top-notch and masterfully executed.

Here, the pacing of the story, the interplay between sex tension and dialog tension, growing and shrinking like an ever-rising wave, was spot on: the undressing, then reassurance; neck biting, then situation-questioning... on and on until it reaches the climax. Or at least I thought it was the climax: the aftercare in the middle of the scene took me completely by surprise... just for the action to pick up again, leading to the true climax, and ending the story decisively, leaving me yearning for more.

Even the no-excuse and slightly abrupt ending felt like being led by the no-bs attitude of Felanya, instead of being dragged down by the needs of explanations and whims of Alexa. Enticing, as it should be, giving space to my mind to wonder what's going to happen next.

Hi, is there a standalone version? i can't seem to run it in chrome on my mac :(

Hi Dioinecail! Thanks for reaching out. I'm experimenting with a standalone executable at the moment, although I'm still testing the HTML -> .exe conversion process. In the meantime, a few troubleshooting suggestions for playing the game online:

1.) Make sure you have Java running and installed.

2.) Try reopening this webpage through incognito mode. Add-ons may be causing issues with running the Twine in the browser.

3.) Try an alternate browser, such as Firefox or Opera.

Let me know if you continue to have problems, and if so, I can send you the alpha version of the executable.

Hi, i was able to check out the game in Safari, although i was at work so i will dedicate a proper dive into it some more private time :)

What a great story! I'm definitely looking forward to the future chapters!

Wow, I loved the story. I usually don't publicy put comments on NSFW works because I'm a bit shy at times, but I need to put a first comment in there! We need more trans-friendly 18+ games! Also your writing and art is stunning, and thank you so much for the inclusion of after care, that touched me a lot. ;-;

Hi there Valentin!! Thank you so, so much for such a wonderful and positive comment <3. It means the world to me. Callie and I can't wait to continue Blood Pact. Keep an eye out during the next couple months, too, as BP isn't the only trans erotica story I'm working on! ;) 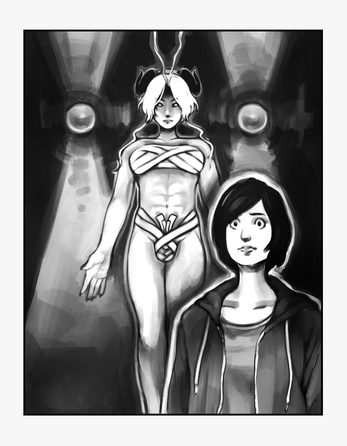 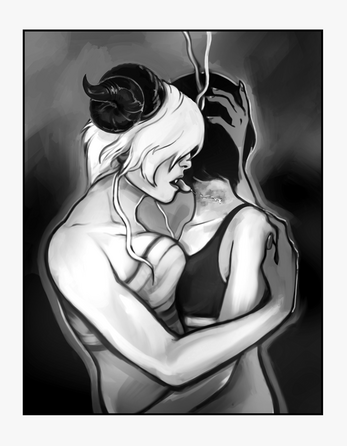